Go Back All nextNews

Langen/Germany, 3. September, 2018 --- Socionext Inc., a global leader in advanced SoC technology for video and imaging systems, will showcase its latest video processing solutions at IBC 2018, at RAI Amsterdam, from September 14 to 18. https://show.ibc.org/

IBC is the world's most influential media, entertainment and technology show’ held annually since 1967. On stand 1.E02, Socionext will demonstrate its leading-edge solutions including the company’s proprietary Hybrid Codec media accelerator, a new UHD low latency encoder box and the world’s first hardware-based encoder solution for the new AV1 video compression standard. In addition, the company will also feature a sneak preview of the company’s new codec product that will support the streaming of 8K resolutions.

At IBC 2018, the company will exhibit an M820L card attached to a conventional server system to perform multi-channel transcoding, showing how the M820L can be easily configured into customers’ existing hardware.

There will be a demonstration of the world’s first hardware-based implementation of an AV1 encoding system. AV1 is a new, advanced video data compression standard established by the Alliance for Open Media, a consortium that includes Socionext, and is capable of compressing data about 30% more effectively than HEVC, whilst keeping the same image quality. 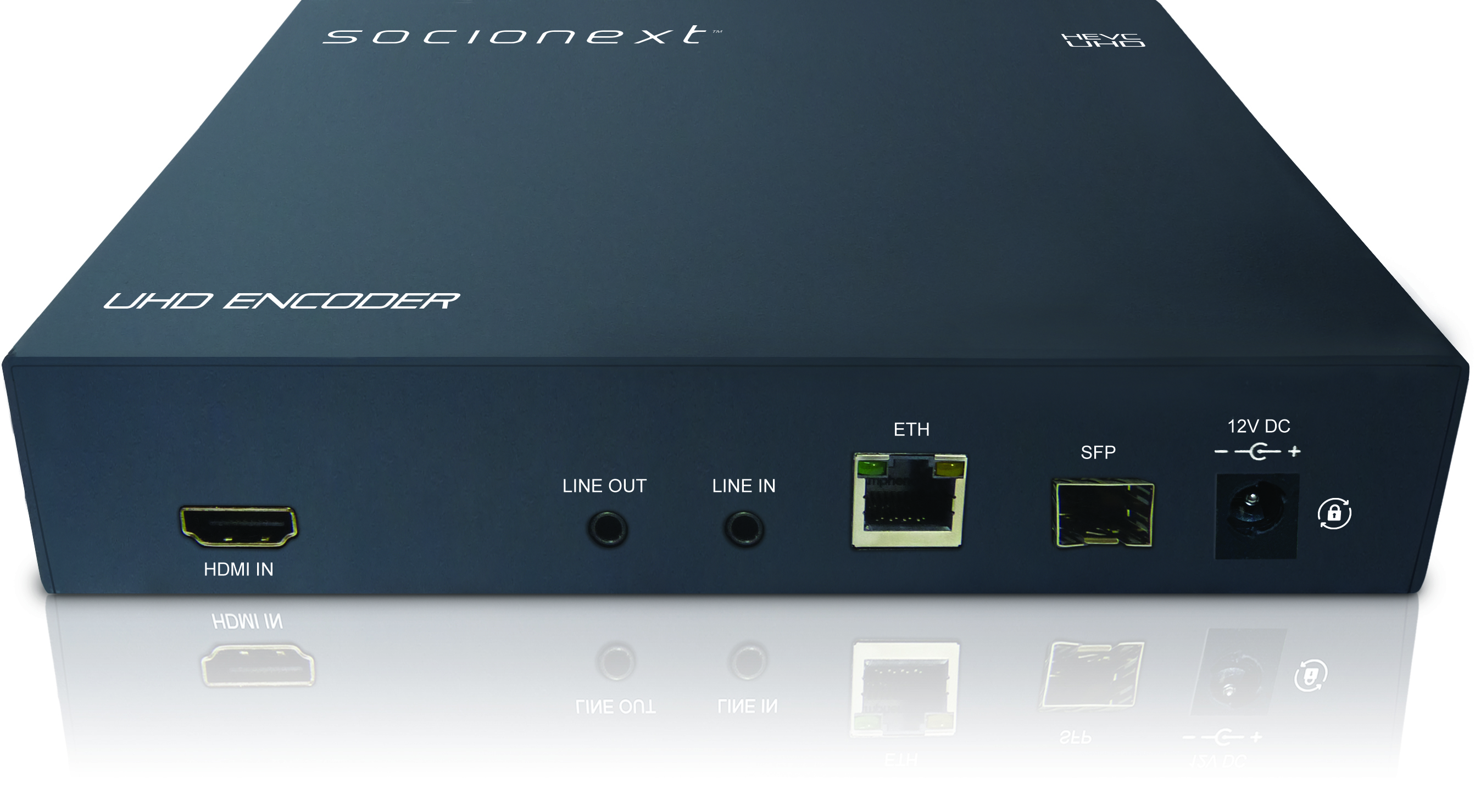