Go Back All nextNews

The SC1220 series radar sensors comply with the new 60GHz wireless equipment band, which is available in North America and Europe. High-precision sensing using a 7GHz (57 ~ 64 GHz) bandwidth allows the SC1220 series to detect a person’s location and very minute movements. These capabilities make the series ideal for advanced applications such as operating appliances using hand gestures. Since the radar sensors are generally not susceptible to environmental conditions such as temperature and light fluctuations, they can be used in a variety of applications, including smart home devices.

Socionext proposes advanced sensing applications through its unique lineup of radar sensor products, and aims to become a market leader in this field by bringing new and enhanced user experiences.

Details and Specifications for the SC1220

The most suitable sensor for detecting three-dimensional motions. It comes with a built-in antenna of 2 transmission systems and 2x2 reception array, and can detect azimuth, elevation angle, speed and distance. In addition to presence detection, the device can sense the position of a person’s hands in a three-dimensional space, which is ideal for operations requiring gestures.

This sensor is ideal for two-dimensional motion detection. It incorporates a 1x4 linear array receiver antenna to detect azimuth, speed and distance of multiple moving objects. Although the angle detection is only available in the azimuth direction, it is two times more precise than SC1220AT2, which is suitable for detecting a person entering a specific area. 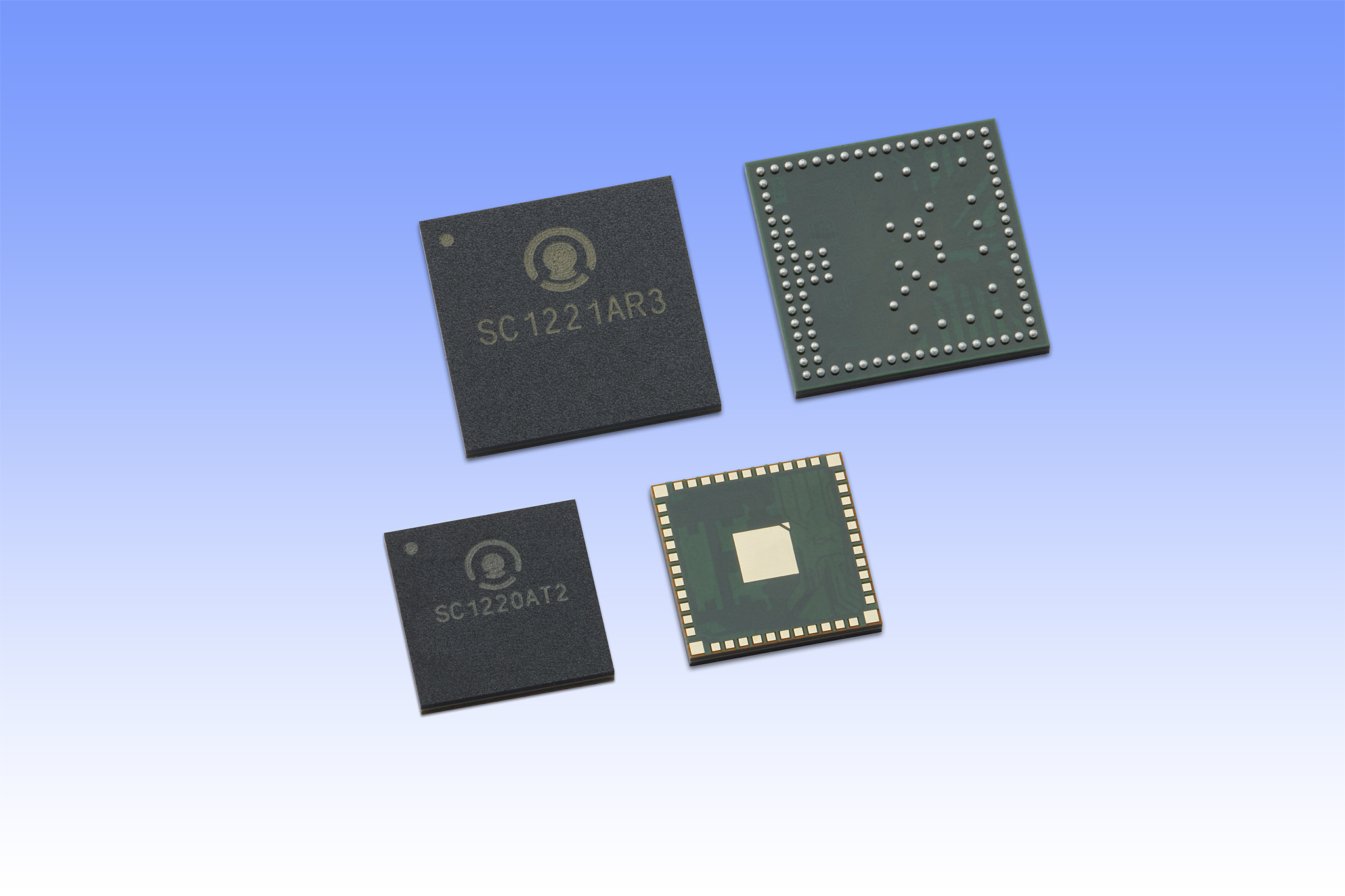